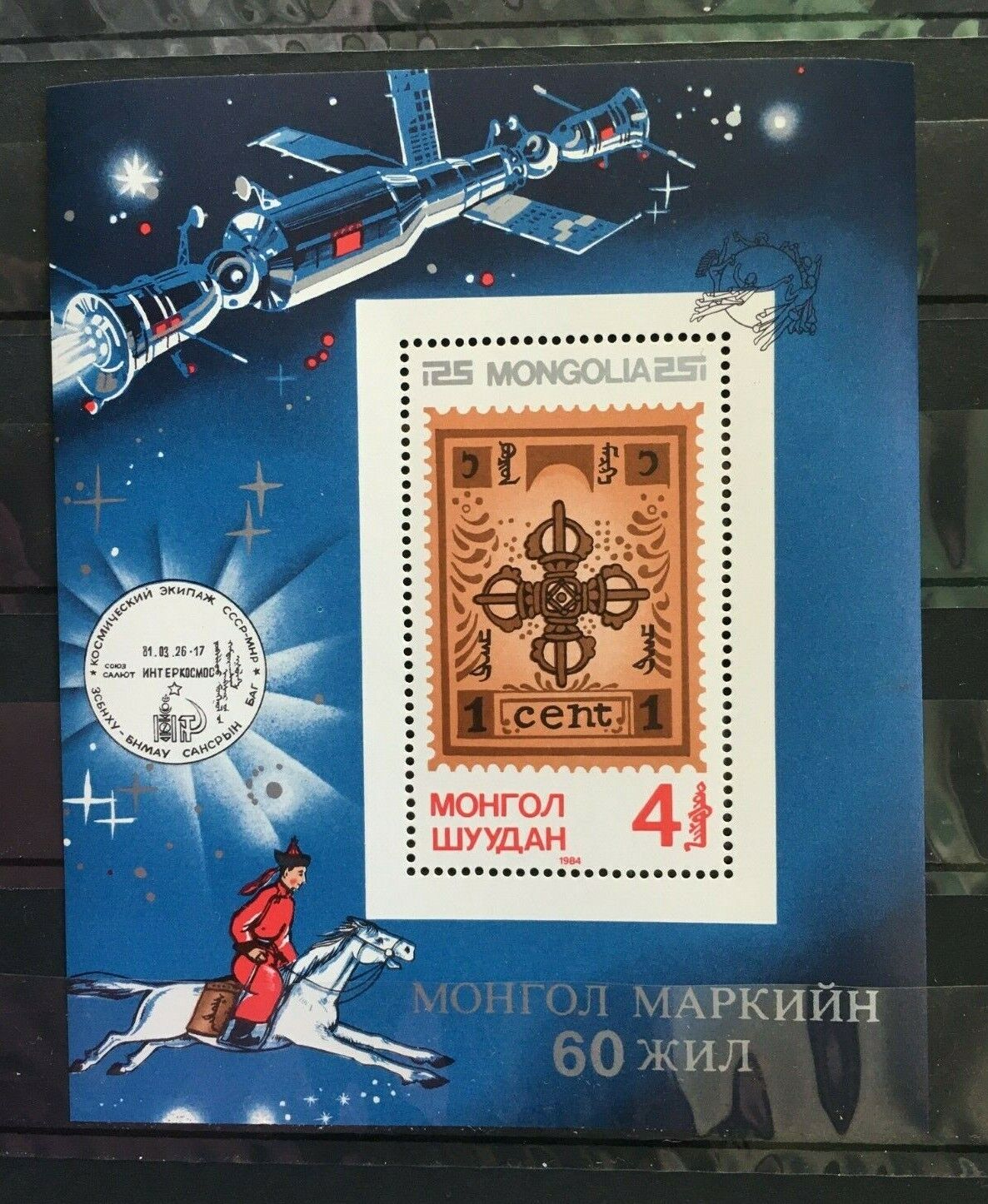 Organize Your Inbox and Never Waste Time on Email Again

Apple has announced that it is discontinuing the iPod touch.

As the last iPod in Apple’s lineup, the end of the iPod touch marks the end of an era for Apple. The iPod, which debuted in 2001, played a significant role in Apple’s comeback as a company. The iPod touch was introduced in 2007, the same year as the iPhone, as a sort of phone-less iPhone that became an entry-level iOS device for kids and others who didn’t need or want the iPhone’s mobile phone functionality. Over the years, though, the touch has been updated less frequently as its role was absorbed by hand-me-down iPhones and other products.

Although the timing of Apple’s decision makes sense, it’s still a little sad to see the iPod touch go. Apple’s senior vice president of Worldwide Marketing, Greg Joswiak, had this to say about the legacy of the entire iPod lineup:

“Music has always been part of our core at Apple, and bringing it to hundreds of millions of users in the way iPod did impacted more than just the music industry — it also redefined how music is discovered, listened to, and shared. Today, the spirit of iPod lives on. We’ve integrated an incredible music experience across all of our products, from the iPhone to the Apple Watch to HomePod mini, and across Mac, iPad, and Apple TV. And Apple Music delivers industry-leading sound quality with support for spatial audio — there’s no better way to enjoy, discover, and experience music.

With a month to go before WWDC, now is the time that Apple often clears the decks for bigger announcements. Is the end of the touch a precursor to something bigger coming with Apple Music, the HomePod, or other products? I hope so. As Federico and I discussed on this week’s episode of AppStories, there is plenty of room for improvement with Apple Music, and the HomePod mini feels like part of an incomplete lineup after the original HomePod was discontinued. I guess we’ll find out soon enough.

This week on AppStories, we kick off our annual ‘OS wishes’ series with a look at our wishes for iOS 16, including everything from system-level features to the iPhone’s built-in apps.

On AppStories+, Federico explains why he’d like to see Quick Note come to the iPhone.

We deliver AppStories+ to subscribers with bonus content, ad-free, and at a high bitrate early every week.

To learn more about the benefits included with an AppStories+ subscription, visit our Plans page, or read the AppStories+ FAQ.

Today, Adobe announced substantial updates to Fresco, its drawing and painting app for the iPhone and iPad, and its image editor, Photoshop for iPad. I haven’t had a chance to spend much time with these updates yet, but based on Adobe’s announcement, the changes promise to be among the most significant releases yet.

Fresco is adding 1851 - 1853 NSW New South Wales Australia 6d Brown QV Laureate B that allows selections to be made based on color. A slider adjusts the color that defines the selection, which gives artists fine-grained control over what is selected. As with magic wand tools in other Adobe products, the purpose of the new tool is to eliminate tedious manual selection methods where possible.

The app has also added a liquify tool that blends colors on Fresco’s canvas as though they were paint. Liquify, which is part of the Transform set of tools, allows users to push, pull, and mix adjacent colors in a way that looks quite natural in Adobe’s demonstrations.

Fresco first added tools that brought compositions to life with motion last year. Today’s update adds the ability to adjust the opacity of motion frames from the Frames action menu and move, resize, and rotate motion paths. Fresco’s update includes several other new features, including a recent brushes list, new vector manga brushes, and the ability to define reference layers, a handy way to separate line work from color fill work, and capture a perspective grid from an imported image.

The Photoshop update has added a new AI-based Content-Aware Fill tool that can use surrounding parts of an image to remove and fill unwanted sections of an image with a single tap. Content-Aware Fill is one of the marquee Photoshop features on the Mac, so it’s nice to see it added to the iPad now too. The app has also added a single-tap background removal and replacement tool, which relies on Adobe’s Select Subject technology.

To make quick adjustments to an image, Adobe has introduced auto-tone, color, and contrast tools to Photoshop too. Adobe says these are three of the most frequent actions taken by users on the desktop, so bringing them to the iPad should make it a much more attractive platform for editing images. Adobe’s font browser with over 20,000 fonts is available on Photoshop for iPad too.

I continue to be impressed with the pace at which Adobe apps, but especially Fresco and Photoshop, are advancing on the iPad. Both have grown into some of the most sophisticated iPad apps available and feel natural and native to the platform in the way they implement the equivalent of desktop features on the iPad.

Fresco and Photoshop are available as free downloads on the App Store and offer In-App Purchases to unlock certain features.

Because Club MacStories now encompasses more than just newsletters, we’ve created a guide to the past week’s happenings along with a look at what’s coming up next:

SaneBox is your personal email assistant that automatically organizes your inbox, saving you loads of valuable time. SaneBox works with your existing email service, so your most important messages always reach your inbox. The rest of your messages are carefully organized into designated folders like SaneLater and SaneNews for later. You can snooze emails, too, setting them aside to deal with when you have the time.

Better yet, if there’s something you never want to see again, drag in into the SaneBlackHole folder. It’s far easier than the hit or miss process of unsubscribing from email lists.

SaneBox has a built-in reminders system too. SaneReminders are a terrific way to stay on task. Send yourself a reminder to do something later, or get a reminder when someone hasn’t responded to one of your messages. For example, bcc: 3days@sanebox.com and the message will show up back in your inbox only if the recipient doesn’t reply within three days. SaneReminders is perfect for making sure that nothing falls through the cracks.

Also, because SaneBox works with your existing email setup, there’s no app to download or new email account to set up. You can use any email service and client you want.

Sign up today for a free 14-day SaneBox trial to take back control of your email. You’ll see big benefits immediately as the message count in your inbox drops, and you’ll be able to maintain control going forward with SaneBox’s help. MacStories readers can receive a special $25 credit automatically by using this link to sign up.

Our thanks to SaneBox for sponsoring MacStories this week.

Runestone is the latest app from Simon Støvring, the developer behind Scriptable, Jayson, and Data Jar. Støvring’s apps tend to be focused on developer or automation use cases, filling holes in the iOS and iPadOS ecosystem to aid power users. Runestone mostly falls into the same category, although it also has some wider potential appeal for general purpose writing.

The new app functions as an excellent plain text editor for anyone who needs to write on their iPhone or iPad. It’s simple and thoughtfully designed, and includes a variety of excellent themes to improve your writing experience. Runestone’s marquee feature, however, is its syntax highlighting. For Markdown writers, the app will use simple color schemes (which can be altered to your liking using the theme settings) and subtle style changes to highlight your links, bold and italic words, footnotes, and more. The result is a very simple, essentially plain-text approach which still makes it easy to see your markup at a glance.

END_OF_DOCUMENT_TOKEN_TO_BE_REPLACED

If this rings a bell, it’s because the passwordless technology announced today was first covered by Apple at WWDC 2021 when the company released a technology preview to developers to start implementing the tech into their apps and websites. The goal of passwordless sign-ins is to make sign-ins more convenient and secure by eliminating password management. Instead of passwords, sign-ins for apps and websites will happen through face, fingerprint, or device PIN authentication and eliminate the need for the use of one-time passcodes over SMS.

Apple, Google, and Microsoft already have FIDO Alliance standards built into their devices, but with the expansion announced today, the system will make authentication easier for users. According to the companies’ joint press release:

Just as we design our products to be intuitive and capable, we also design them to be private and secure. Working with the industry to establish new, more secure sign-in methods that offer better protection and eliminate the vulnerabilities of passwords is central to our commitment to building products that offer maximum security and a transparent user experience — all with the goal of keeping users’ personal information safe.

With the number of devices in our lives today and the use of multiple platforms by many people, those two changes should go a long way to making passwordless sign-ins easier to use. As good as password management apps and OS-level tools have become, juggling passwords for hundreds of websites and apps is a burden on consumers, which often leads to password reuse and other insecure practices. The FIDO Alliance’s standard promises to change that, and with Apple, Google, and Microsoft on board, the likelihood that we will see a more secure, passwordless future is better than ever.

To mark Star Wars Day, Apple released a special Behind the Mac video featuring the sound designers of Skywalker Sound, who rely heavily on Apple devices. The film, which runs just under 17 minutes, is a fascinating look at how the Skywalker Sound team captures and mixes real-world sounds that they transform into otherworldly sound effects for the Star Wars movies and other films.

The Behind the Mac video, which is currently featured on Apple’s homepage, focuses on Skywalker Sound’s production process from start to finish. Behind the scenes, the group’s mixing and editing are backed by a lot of Apple hardware. Sound editor Ryan Frias is featured in the video touring Skywalker Sound’s central machine room, which is filled with racks of Mac Pros. According to Apple’s press release:

With the power of approximately 130 Mac Pro racks, as well as 50 iMac, 50 MacBook Pro, and 50 Mac mini computers running Pro Tools as their main audio application, along with a fleet of iPad, iPhone, and Apple TV devices, Skywalker is advancing sound artistry and reshaping the industry.

That’s a lot of gear, but the video’s primary focus is on the creative process of the professionals at Skywalker Sound, who have been pushing the boundaries of sound design for many years. If you enjoy getting a behind-the-scenes look at creative people doing cutting-edge work, I recommend checking out Behind the Mac: Skywalker Sound.